The Christmas Markets of Arras and Lille, France

on 23.12.18
Earlier this month I travelled over to France for a long weekend with some of my family to visit a couple of the many Christmas markets. I love a good Christmas market and whilst I'm probably a bit biased I reckon Edinburgh's is one of the best (of those I've been too) in the UK, plus Edinburgh also has an amazing amount of other festive stuff going on.

There are great ones all over Europe too though and two years ago I went to Reims in France with some of my family and have done a few others as well. This year we based ourselves in Arras, a pretty little town in the north of the country that was much fought over during the First World War being only about ten kilometres away from the front line. It was a great weekend but if you follow me via other forms of social media you'll probably know that the trip ended on a bit of a low note with my bag being stolen just before we were due to take the train back through the Channel tunnel. After the initial upset it was more of a huge inconvenience than anything else, especially losing my passport as well but I think everything is finally sorted now. The only other problem as a result of it is that I've had to rely on my limited photos from my Instagram and Instagram Stories feed for this post, thank goodness for them at least.

Anyway before all that happened we arrived on the Friday afternoon and firstly took a walk around the town (and had a late lunch) to familiarise ourselves with it and then took our first trip to the Christmas market that evening. We visited Arras the weekend that the markets opened so they were still fairly quiet but no less Christmassy. The market here is an incredibly spacious one, compared to some I've been to, and is easy to get to being in the centrally located square, Grand Place overlooked by beautiful Flemish Baroque style buildings. It's packed full of the traditional wooden stalls and seems to have ones selling a lot more unique items than many Christmas markets which tend to all have the same things no matter where you are. Over the course of the weekend and our visits I managed to get a couple of extra Christmas presents here (can't say what though just in case the recipient reads this) and a couple of new decorations for the tree. As well as the stalls full of goodies to buy there are, of course, also plenty selling food, lots of gluhwein, an ice rink and a big wheel, something for everyone I think. 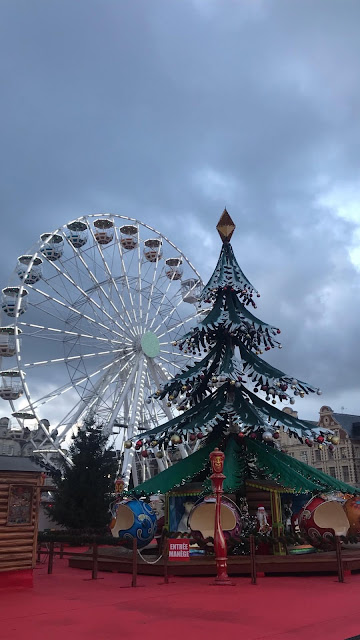 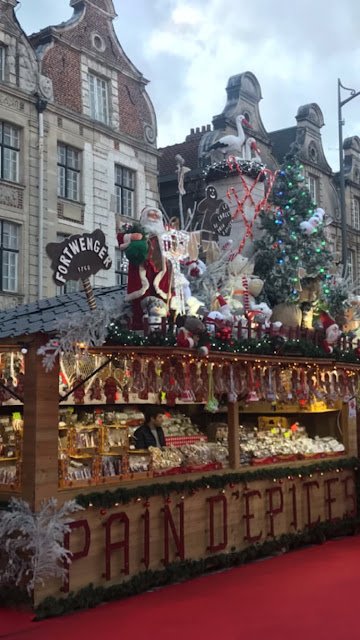 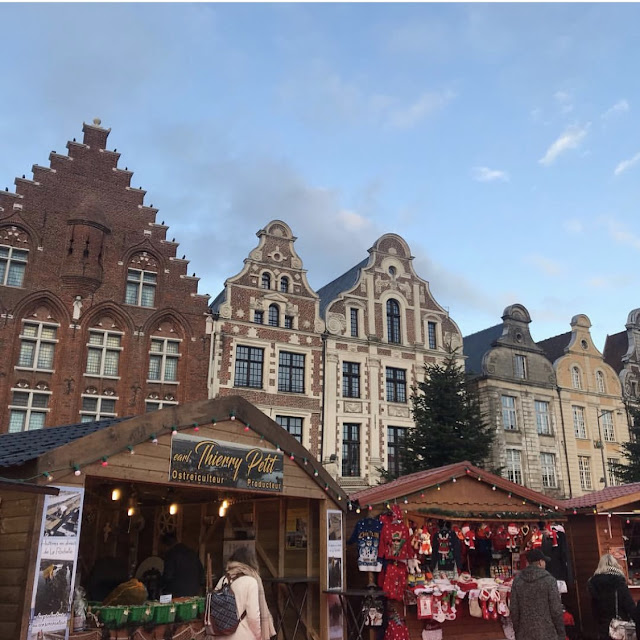 As well as the gluhwein at the markets there were also plenty of hot chocolates enjoyed throughout the weekend, especially as the weather wasn't very kind to us. The one below at a little café we stumbled upon when needing to escape one of the many downpours was particularly nice. The café too was an eclectic little place with its walls and ceiling covered in pictures and various memorabilia, board games available to borrow and play, an arcade game version of darts and a real mix of people too - it was quite a find! 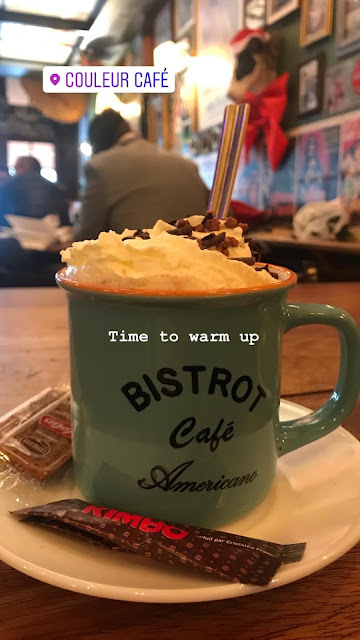 As well as spending time at the markets in Arras we also took a day trip to nearby Lille, a charming city which also has Flemish roots, evident as well in many of its buildings. We were here this weekend though for the Christmas markets, obviously. Just like Arras Lille's market stalls were in traditional wooden chalets and, although smaller than Arras, they too had a good mix of the regular and the more unusual items for sale.

Lille also had a big wheel and a range of funfair rides for children, it was here that we were finally brave enough to go on the wheel. It gave us some great views across the city but it was a little windy right at the very top. So maybe not for you if you aren't too keen on heights. With more gluhwein, hot chocolate and crepes to enjoy as well we had a great day in Lille. 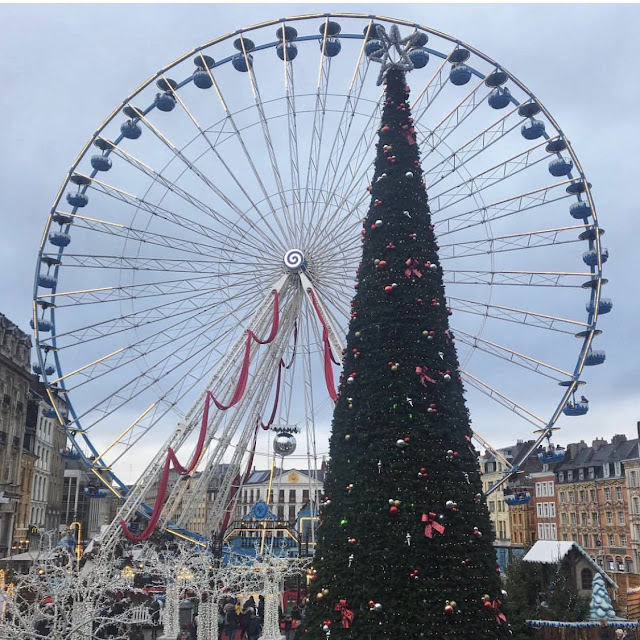 Despite the blip at the very end of the weekend it was still a delightful one, being full of Christmas cheer, mulled wine and hot chocolate, what's not to love? Where are your favourite Christmas markets? Where do I need to visit next?