on 25.10.17
I've written previously about our walks along one part of the Water of Leith, between Stockbridge, Dean Village and the surrounding area, but there is more than just that section to do and it's just as easy to walk from our home in Stockbridge (or anywhere along the Water of Leith Walkway) right over to Leith. We've done this particular section several times as well and from our starting point it's simply a case of heading in the opposite direction from the route that takes you towards Dean Village.

From Stockbridge the route to Leith is clearly signposted, as are the routes to the other parts of the city you can reach, you can't get lost! The first part of the walk takes you through a semi wooded area and, as you'd expect, alongside the Water of Leith. As the route widens, after walking through a little of the Canonmills area of the city, you'll find yourself walking through more of a park than a walkway alongside the river. Eventually you end up close to it again and you'll find yourself walking a path that takes you past the back of houses and underneath various bridges with the busy traffic passing above your head. It's a lovely walk or bike ride along the river and with plenty of points of access along the way it isn't hard to see why it's so popular with joggers, walkers, dog walkers and cyclists alike.

One of the first times we did this walk, and before I realised just how close we actually were to Leith by that point, I needed to make a comfort stop. Luckily at one of the many exits from the walkway was an enticing sign for a coffee shop, so it was time to take a break. We stopped off at the Ostara café on Coburg Street an intimate little place, which I've returned to (despite it being really close to Leith) since when I've done this walk, and somewhere that always seems to be very popular. I've only had the coffee, which comes from a super local coffee supplier based in Leith, but they also offer a range of dishes using locally sourced ingredients and alcohol too. Have any of you stopped by there for something to eat? 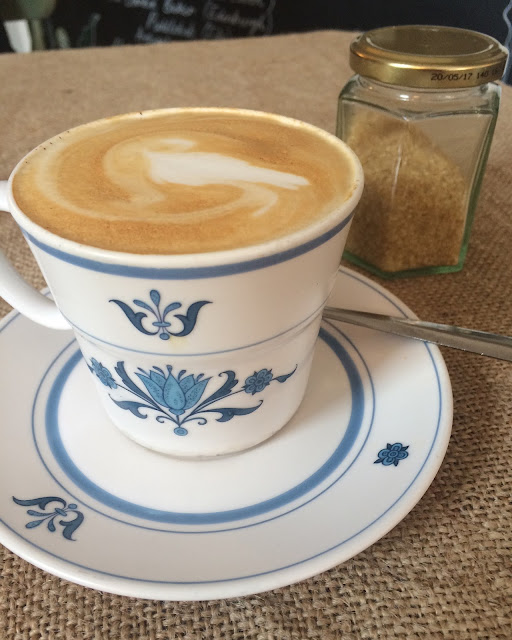 As I said above it's then actually just a fairly short walk before you come out into the shore area of Leith (see the photo below) and on a sunny day with blue skies reflecting on to the water it really is quite a view. As you walk on around the water edge there are many eateries, pubs etc., some of which I've stumbled upon on other blogs but haven't yet had the opportunity to really sample. The only place I have been to here is Teuchters Landing, a great traditional pub if you're looking for hearty portions of real comfort food. Their ploughmans are particularly good and they too use ingredients sourced within Scotland. 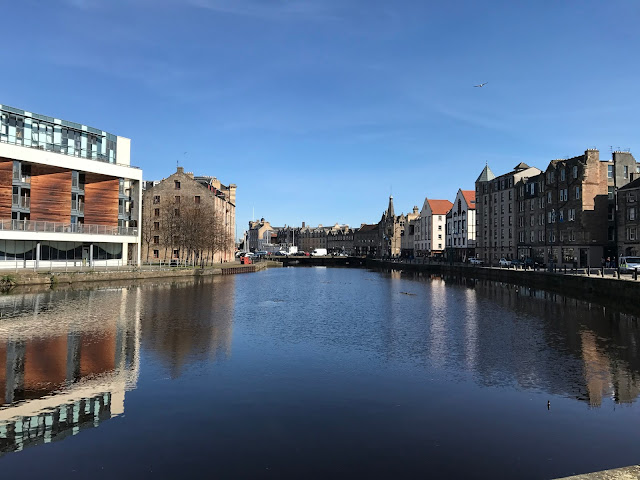 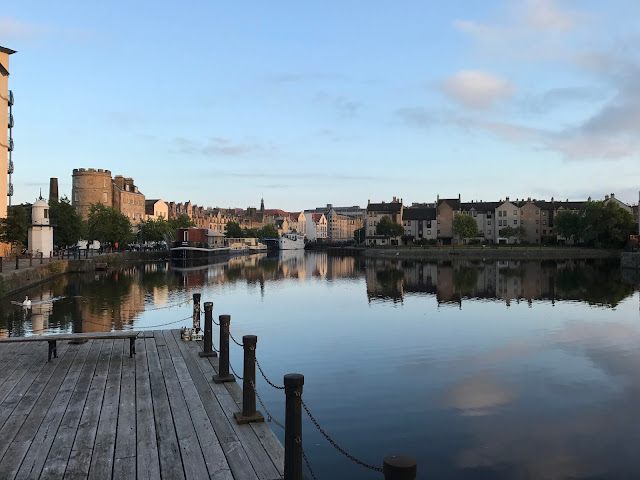 Leith itself was a separate town until it was merged into Edinburgh in 1920 and it still gives you the feel of being its own separate community with all its shops, restaurants etc.. It has had a prominent role in Scottish history from well before its merge though, being the major port serving Edinburgh. Mary of Guise, the mother of Mary, Queen of Scots, ruled Scotland from Leith as Regent whilst her daughter remained in France. When Mary, Queen of Scots later came to Scotland she arrived in Leith and after her abdication in 1567 troops fighting for James VI of Scotland against his mother's supporters in Edinburgh castle based themselves in Leith. The port was also the point of entry for the visit of George IV to Scotland in 1822. The area went into a decline post World War II but in recent years it has undergone a regeneration and is now a busy port again with visits from cruise liners, as well as being the permanent home of the Royal Yacht, Britannia. 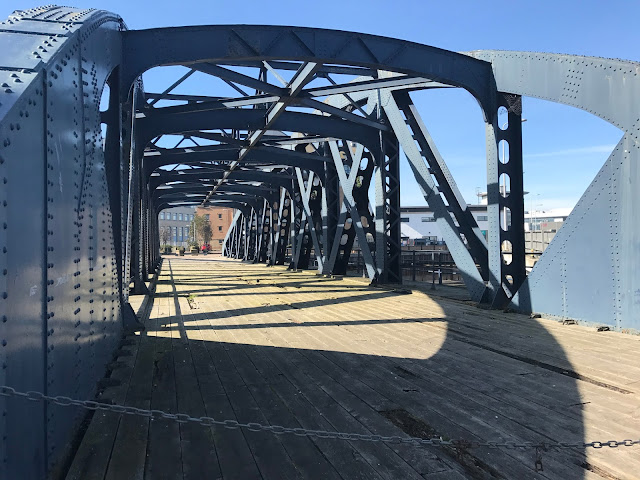 Once you get to this point you're at the end of the Water of Leith, keep on going and you'll end up in the sea basically. From here, if you want to, it's just a little further to the shopping centre, Ocean Terminal, if nothing else also a good spot for refreshments and for the Royal Yacht which is accessible from Ocean Terminal. Alternatively you could explore one of the spots right by the shore and when you're ready it's easy enough to follow the Water of Leith walkway back to your starting point.

I've linked to it before, but if you want more information about the Water of Leith Walkway and its complete route check out this useful link. As for me, I need to explore more of Leith, where do you recommend for eating, drinking or places of interest in the area?