on 13.10.19
It was one of my favourite weekends in Edinburgh recently, Doors Open Day, the chance to visit all sorts of places around the city for free. I've done quite a few since we moved here and it's very much become a part of my September plans.

Once again I packed in a few places over the weekend concentrating on the Royal Mile area for the first few of them. The first one I visited was Riddle's Court. Riddle's Court is at the top end of the Royal Mile close to the castle and like many spots along the Mile is tucked down a narrow Close which you could easily walk straight past. It was built in the 1590s originally as a Merchant's house and was one of the grandest houses in Edinburgh even having its own garden, a rarity in the tightly packed Old Town. 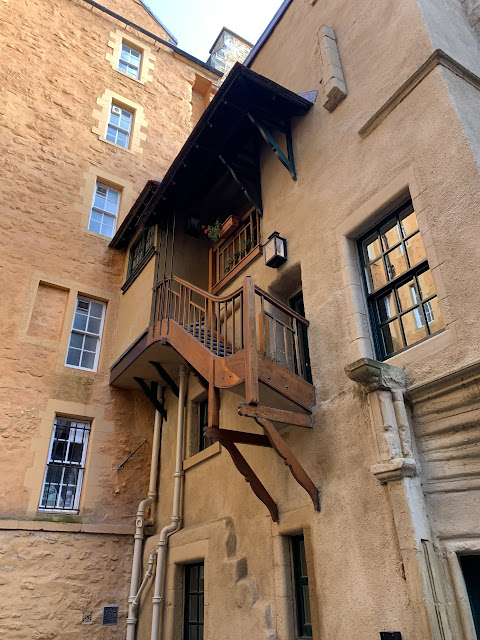 It's full of period features including a magnificent painted ceiling commissioned by the biologist, sociologist, geographer, philanthropist and town planner, Patrick Geddes, as well as fireplaces and wood panelling throughout a large part of it. During its history it has welcomed many distinguished visitors, most notably James Vl and his wife, Anne of Denmark for two banquets held at the Court. The painted ceiling I mentioned includes panels featuring the King and the banquet that was held there in 1598 as well as many other historical figures linked to the history of the place including John McMorran who built the Court and the philosopher David Hume who lived close by in 1751. The building has been used for many things including student accommodation for the University of Edinburgh and a venue for Fringe performances. 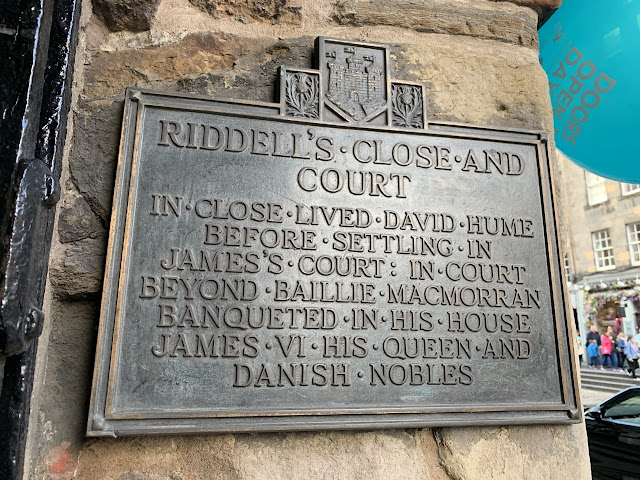 From Riddles Court I walked a little further down the Royal Mile to the Supreme Courts, Parliament House. The focus of my visit there was to see the impressive looking Parliament Hall which was completed in 1641. The most obvious features of it are the stunning beamed roof and the stained glass window, both of which immediately catch your attention as you enter. Around the walls of the hall are also numerous art works including paintings by Edinburgh local, Sir Henry Raeburn. Like many places that open their doors over the course of this weekend there was the opportunity to join in with family friendly activities as well as just view the building, here you could dress up and also watch a mock trial in one of the courtrooms. 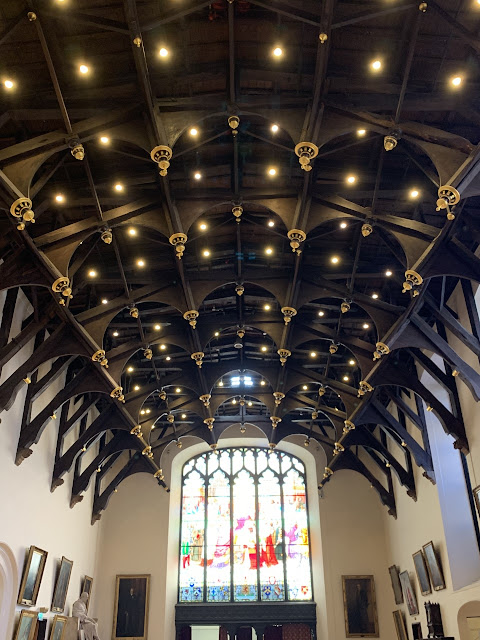 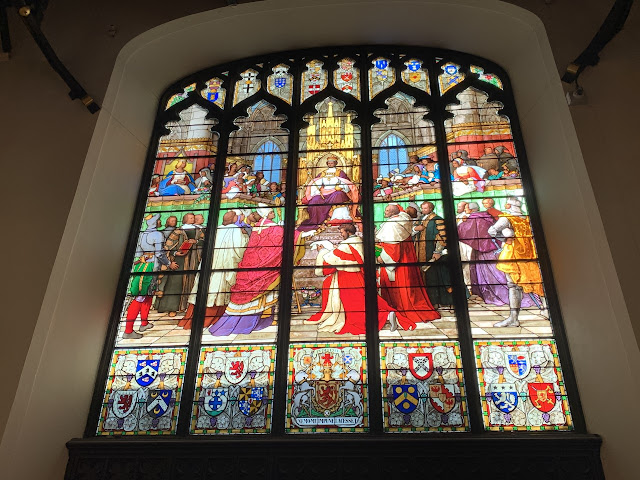 My final stop on my Royal Mile Doors Open Day visits was at the St Columba's by the Castle church. This one isn't technically on the Royal Mile being on Johnston Terrace just off of it but close enough. It turns out there are two churches on this road both sharing the name of St Columba and I actually thought it was the other church that was open. I turned up and was a bit disappointed to see it all shut up when I was expecting it to be open. A quick check though and I discovered it was the other church so walked a very short distance to that one instead which, of course, was open. 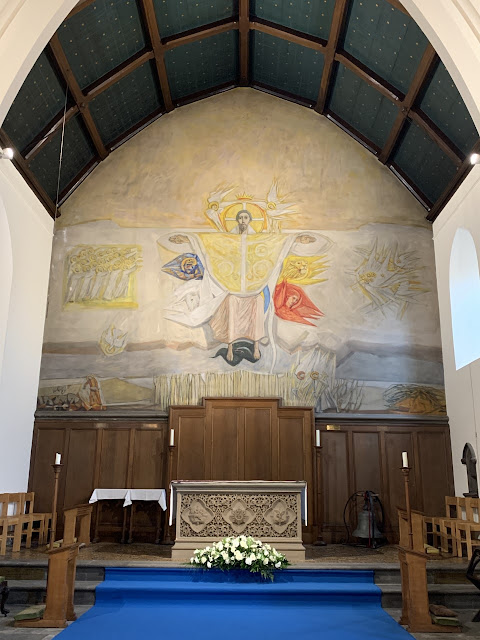 This Victorian church was built between 1846 and 1847 originally as a church for the accommodation of the poor with a school attached to it. It is also believed that a lot of the stones used in the building of it were taken from the ruins of the chapel attached to a palace that had stood on Castle Hill at the top of the Royal Mile which had been demolished just beforehand in 1845. This long lost palace was the one time home of Queen Mary of Guise, mother of Mary, Queen of Scots. It's only a small little church but with its stained glass windows featuring unusually a lot of female figures and the impressive wall mural it's worth taking some time out to visit. 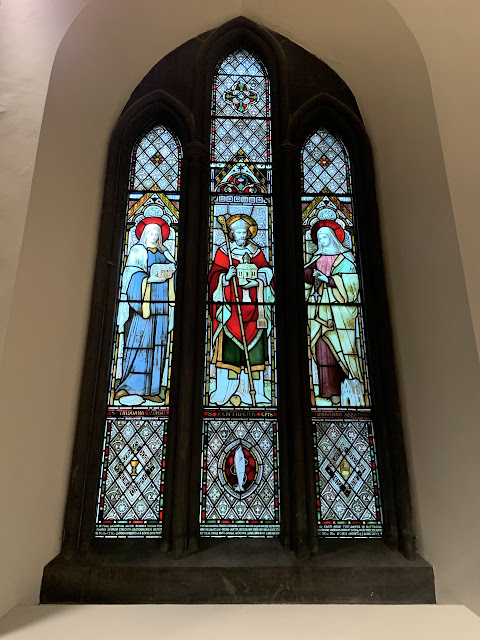 The great thing about Doors Open Day weekends are that, as I said before, they give everyone the opportunity to visit a whole load of different places, some of which aren't usually open to the public, all for free. All of these particular ones were very close to each other and therefore easy to do in one day, in fact easily done in far less time than a whole day. Doors Open Day is definitely for you if you want to dig a little deeper into Edinburgh's (or the many other cities etc. across the UK who hold similar events) varied history or simply just see inside that building you walk past everyday and have always wondered about.