Fringe by the Sea

on 11.8.18
Though I came to Edinburgh several times during August before I moved here with the aim being to do 'everything festival', since we've lived here I've not really done anything linked to the festival at all. This year though I decided I would, I got around to looking properly at the Fringe programme, choosing shows and getting tickets for them rather than just being overwhelmed and last weekend I escaped the craziness of Edinburgh for a day by the sea in the lovely town of North Berwick. I've visited North Berwick several times and always love spending time on the beach and in the little town but my main reason for going this time was for their Fringe by the Sea. 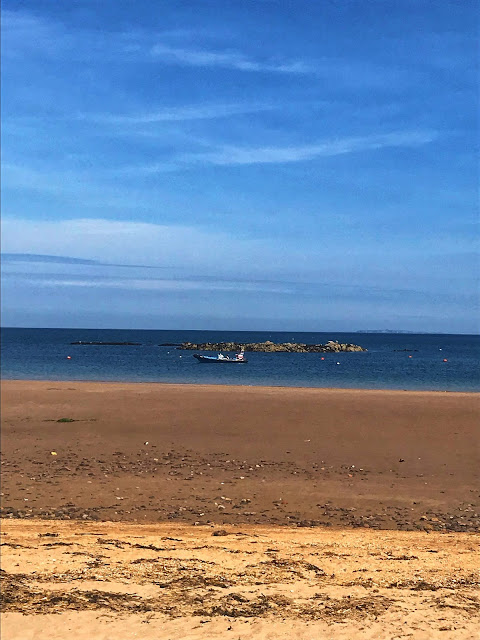 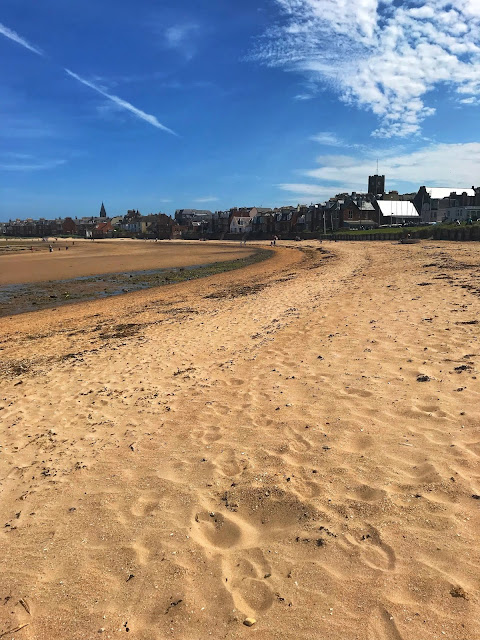 Naturally my first stop after arriving at the train station was the sandy beach and its views out to the Firth of Forth. It was a gorgeous day, possibly the best weather wise I've had there, but despite that the beach was still delightfully, and surprisingly, empty apart from a few walkers, dogs and families picnicking. But after a quick stroll I was off to find the Fringe area.

Just like Edinburgh there were plenty of shows to go and see at North Berwick at various venues around the town including the stunningly pretty Spiegeltents (see my photo below). I wasn't there to see any shows though, just to soak up some of the atmosphere and explore the food stalls and the pretty craft stalls around the harbour area. 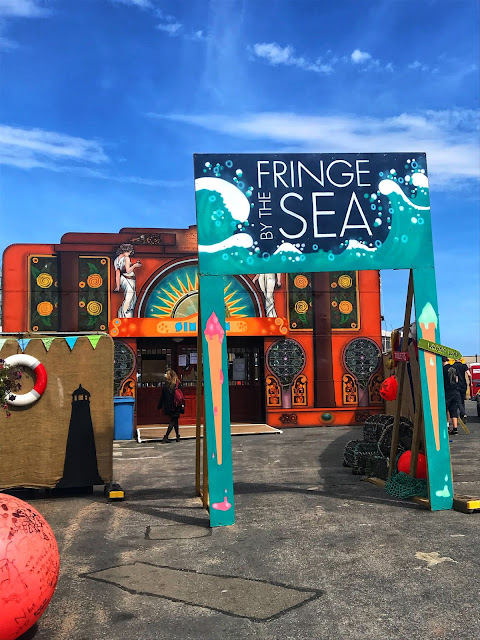 Although I did a little research before I went, more to make sure it wasn't all just shows and there would be some things to see in the town itself, I still discovered some little unexpected extras as I wandered around. Namely that there was the opportunity to visit a lobster hatchery. The Firth of Forth Lobster Hatchery actually isn't there just for the Fringe, it's based there permanently and open from April until the end of October to visit but I didn't know it existed until my visit last week. There's lots of information about lobsters and their life cycle to educate the public about sustainable fishing and, of course, the chance to see some of the tiny little lobsters too. They rear and release thousands of juvenile lobsters back into the Firth of Forth with the aim being to strengthen the local marine ecosystem. 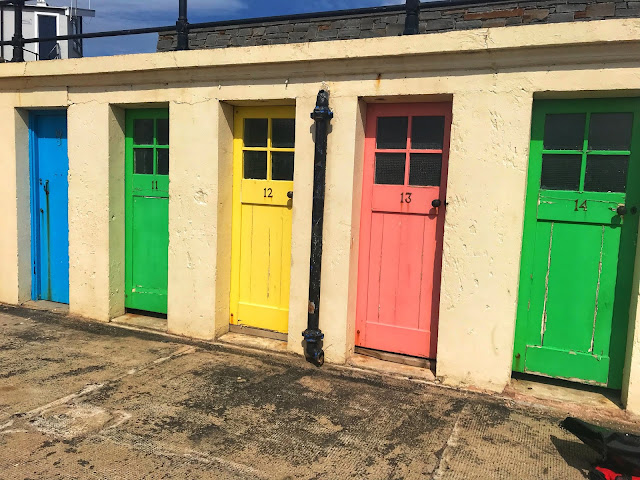 After I left the hatchery I walked past some brightly coloured beach huts each containing stalls selling a range of individual and locally produced goods and then the pretty doors all around the harbour in my photo above before rounding back up in amongst all the food stalls. All the vendors are local East Lothian businesses ranging from coffee to seafood but with the beautiful sunshine that day I couldn't resist a visit to the Alanda's gelato stall, the best ice cream in North Berwick (in my opinion) this time choosing Fresh Scottish Strawberry flavour. A great way to end my afternoon before heading back to crazy busy Edinburgh once more. 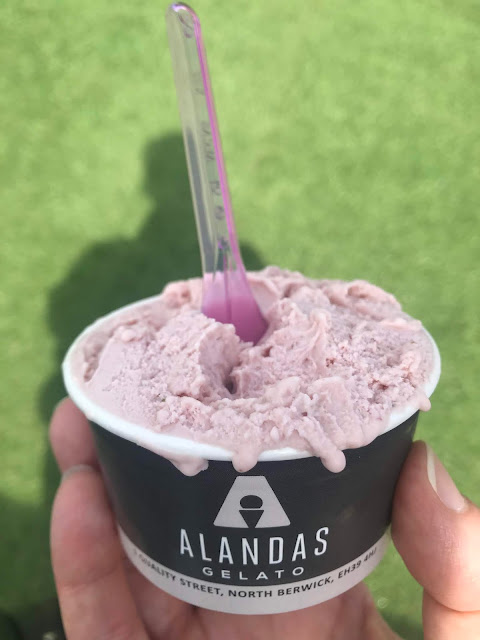 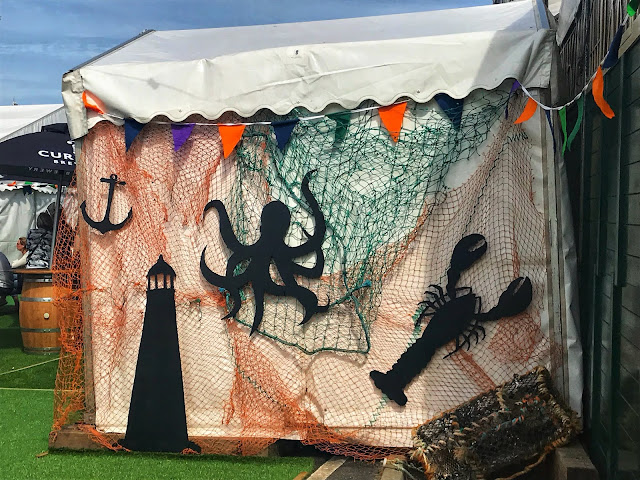 If you want to catch a bit of the Fringe by the Sea for yourself, you'd better hurry, it's only on until 12 August 2018, check out their website here for details. Even if you've missed their Fringe events this year though go and explore North Berwick for yourself, it's a lovely little seaside town that is well worth discovering.