on 16.7.17
When I moved to Edinburgh I'd never really thought about how close it was to the coast and so when I heard it had a coastal suburb with a beach I was, I'm not going to lie, surprised. It definitely does though and it's a really lovely beach to visit if you're in this part of the world. I appreciate now that Scotland actually has some really stunning beaches all over its coastline. Having only been to the beach at Aberdeen on an incredibly cold day a few years ago (and no I didn't appreciate that one that day) it would be good to try and visit some more whilst I'm in this part of the world. 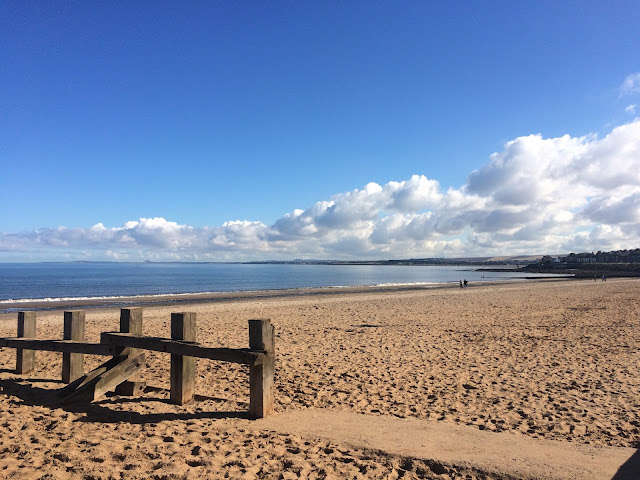 From the city centre it's easy enough to get a bus direct to Portobello, or Porty as it's known locally, and just a short ride later you're there at a proper sandy beach and breathing in the fresh sea air. You'd never think you were so close to Edinburgh and yet somewhere so very different. On the Sunday that we headed there it was a stunningly beautiful, if not a bit chilly, day. The brilliant blue skies and sunshine making the sea look wonderfully blue and deceptively inviting, obviously not though as it would be incredibly cold! The sandy beach actually stretches for a couple of miles so makes for a nice walk and not surprisingly, given the fabulous day, was proving popular with families and dog walkers.

Facing the Firth of Forth, up until 1896 it was a separate town from Edinburgh before an Act of Parliament changed that. The area was originally known as Figgate Muir, the name Figgate believed to come from the Saxon for 'cow's ditch' though the land was used as pasture for cows by monks from Holyrood Abbey so the name may have meant 'cow road' instead. In the 18th Century it had become a haven for smugglers and seamen, a cottage built in 1742 by a seaman who'd served during the capture of Porto Bello, Panama subsequently called his home 'Portobello Hut' in honour of that victory. In time other cottages were built around it and the town grew. During the 19th Century it was a thriving industrial town known for manufacturing bricks, glass, lead, pottery, paper, soap and mustard. Like many similar seaside resorts around the UK it took a bit of decline in fortunes but is now once again a popular spot to visit with all sorts of events, including volleyball competitions and triathlons, regularly held there. 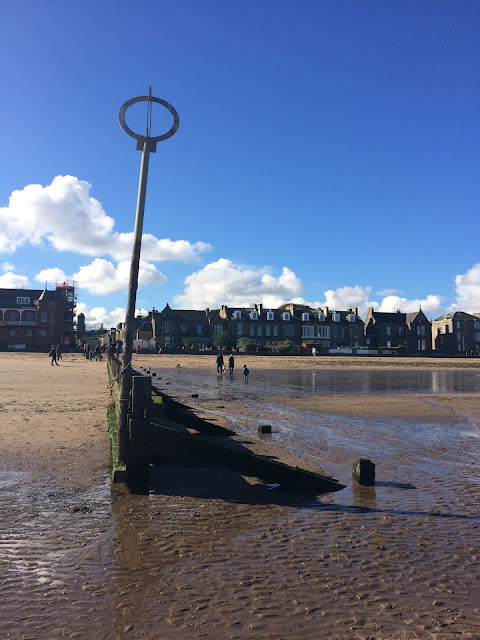 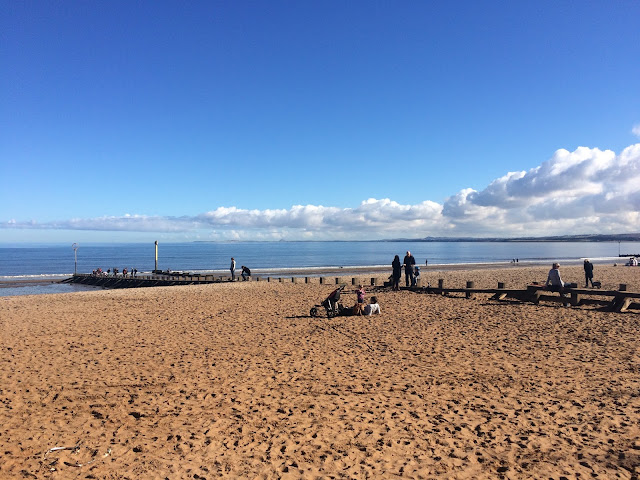 Whilst it may not have been warm enough to be walking through the sand in our bare feet or paddling it was still a great feeling to be by the sea with others doing the same enjoying it with their families, friends and dogs. We passed sea facing houses (something I've always dreamt of) and a few beach side bars and eateries as we strolled along. Has anybody any good recommendations for places to eat in Portobello for our next visit? Towards the end of our walk we came across this sweet little coffee van which provided us with the perfect opportunity to take a coffee break right beside the sea. There was quite a queue when we arrived so it's obviously a popular spot for Sunday morning coffee and other yummy goodies, you can check them out at The Little Green Van on Twitter. You should be able to see in the photo below that they even provide cushions that you can borrow to make your seat on the sea wall a little more comfortable, a great idea! 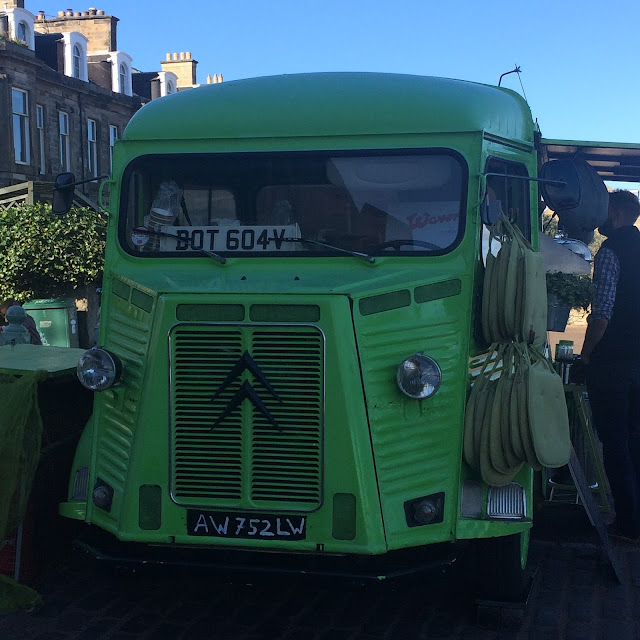 After our coffee it was time to think about heading back, we walked a little further along the seafront and then back towards Portobello High Street before heading back on the bus to the city centre. It's lovely to have a beach so close to our home, particularly as I had no idea such a gorgeous spot existed. Definitely a firm favourite on our go-to list now come summer or winter. Have you visited Portobello?