The Weekend Before Christmas

on 31.12.16
It's New Year's Eve and we've survived that weird time between Christmas and New Year where nobody knows quite what day it is anymore, TV programmes are all Christmas specials and one offs and you're still eating Christmas leftovers and tonnes of chocolate on a daily basis. With extra bank (public) holidays too this year as Christmas fell on a Sunday and more to come with New Year's Day also on a Sunday plus living in Scotland so benefitting from another day's holiday it really has been a slightly surreal time.

The weekend before Christmas though we went down to London to meet up with friends from Singapore who were home in the UK for Christmas with their families. Our visit did coincide with a delayed flight down plus an ongoing train strike so it was a bit chaotic getting there but once we did arrive we were able to enjoy a visit to Winter Wonderland in Hyde Park on the Saturday, a wander around the lights of Regent and Oxford Streets that evening, a touristy walk the following morning and lunch before heading back to Edinburgh.

Before we got to Hyde Park and Winter Wonderland though we had a short walk from our hotel past a few famous sites. London was covered in a thick fog all day, certainly the thickest fog I've seen for quite sometime. To coin a popular phrase used at one time to describe heavy, thick fogs in London it was a proper 'pea souper' that day, apart from it not being one full of dangerous pollution as the traditional London pea soupers were.

Our walk to Hyde Park also took us past a fairly innocuous looking street called Down Street but the, and some may call it geek in me, instantly recognised it as the site of a former tube station. I'm quite a fan of abandoned buildings etc. and within that an interest in abandoned tube stations also exists. As I looked down the street it was pretty easy to spot the distinctive red tiles of what would have once been the street level entrance and exit to the station so I couldn't resist taking a quick photo as I passed. The tube station was opened in 1907 and due to a lack of use was closed in 1932. It was subsequently used as a bunker by Winston Churchill during the Second World War. A nice little extra to my weekend in London.


Not far from Down Street is Hyde Park and our destination for the day, Winter Wonderland. I know lots of people who've visited Winter Wonderland over the years and all seemed to have enjoyed it. For me personally it was actually perhaps a bit too big and there were just too many fairground rides and not a great deal of what I was expecting, more of a market feel. I've got to say that this year I've enjoyed Edinburgh's markets etc. a lot more and also my recent visit to Reims' and those markets were a lot more enjoyable. Despite that though (and it is just my opinion) I still enjoyed a couple of mulled wines and a crepe whilst wandering around.

After our visit there and an early dinner we opted for a wander around Regent Street and Oxford Street to see the Christmas lights. No shopping though as it was just too busy! I've heard mixed reviews of this years London lights but personally I thought they looked pretty good. Plus we also got to see Trafalgar Square's Christmas tree and many other lovely ones too. What's your view, do you like this years Christmas lights? 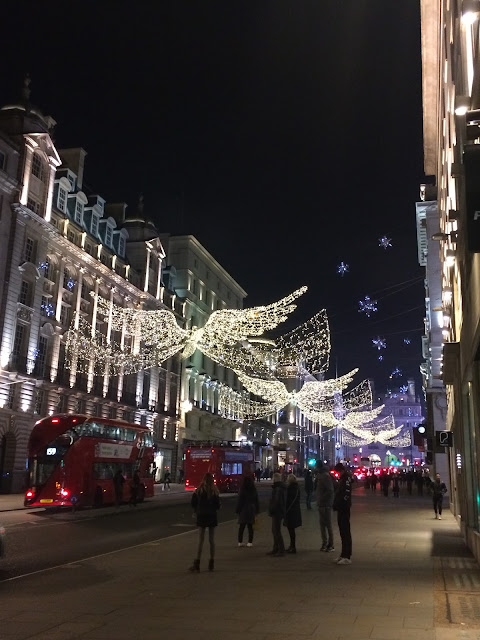 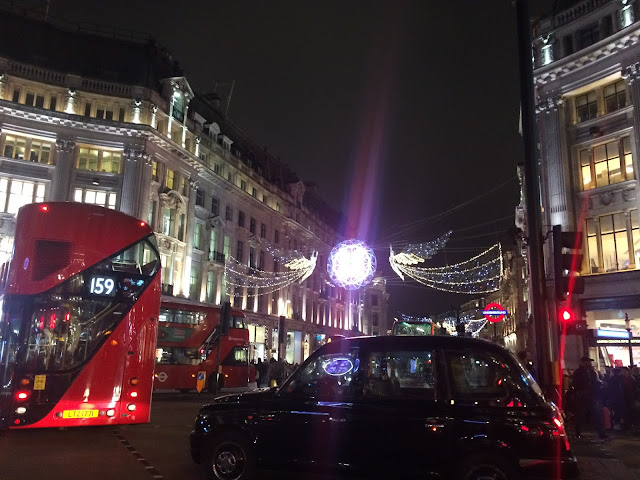 In between our wander around Oxford Street and Regent Street and before reaching Trafalgar Square we stopped for one final nightcap at  a bar in the Café Royal. My champagne cocktail had a festive twist with snow covered berries and tasted good too. A nice way to end our evening. 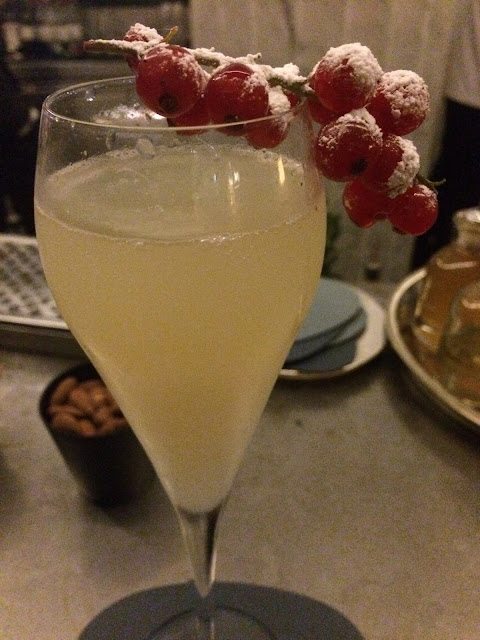 The next morning before our lunch date and flight back to Edinburgh we went for a wander around the immediate area near our hotel. As soon as we stepped outside I could hear church bells, something I used to do myself and we soon found ourselves at St Martin-in-the-Fields on Trafalgar Square. From here our walk took us past Big Ben and the Houses of Parliament, through Horse Guards Parade, where we were lucky enough to time it perfectly to see the army in their stunning uniforms and their beautiful horses, past Buckingham Palace and winding up at Admiralty Arch. A proper touristy morning for us in London. 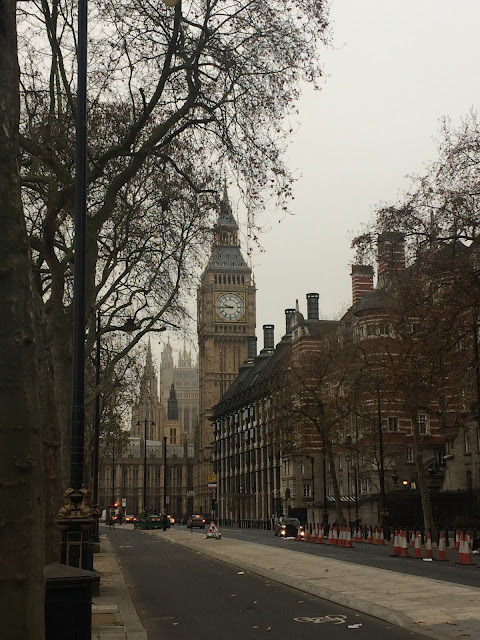 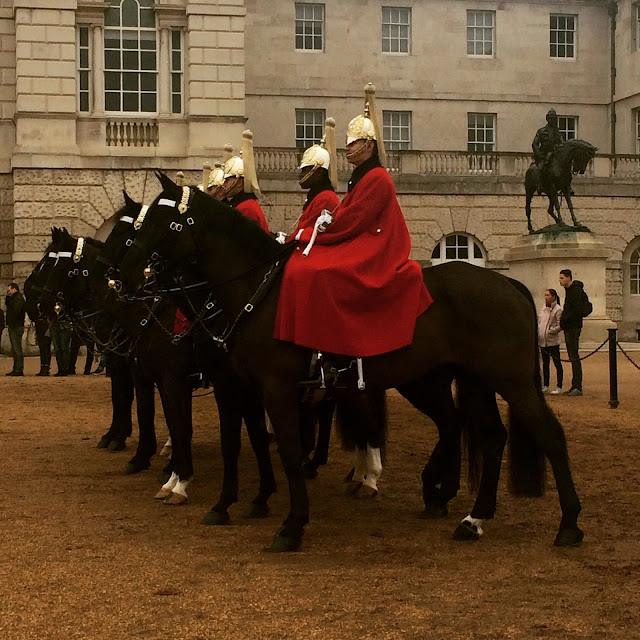 With lunch done we headed back to the airport to make our journey back to Edinburgh, thankfully having a better one back than our journey down. It was lovely to catch up with old friends again and spend sometime somewhere very familiar but also a little bit exciting and different from our hometown for just a couple of days. Until our next weekend away ...